We spoke to Patrick McKeown, a world renowned expert in breathing. Patrick describes the benefits of good breathing and the techniques. He generously gives us insight into the why’s and how’s of good breathing and whether we should be breathing in yoga asana or not.  We looked at breathing for beauty, asthma, rhinitis, and sleep apnea. Totally fascinating stuff! 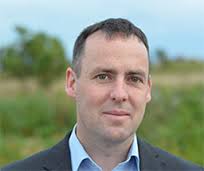 How did you fall upon the science of breathing and take genuine interest in such a topic?

From a young age I suffered from asthma, persistent wheezing, and tightness of the chest. My nose was always blocked and so I got into the habit of breathing through my mouth, causing me to snore at night – sometimes I even held my breath during my sleep, leading to a potentially dangerous condition known as sleep apnea. From the age of fourteen until my early twenties I felt constantly exhausted, with little energy to apply in school or university. By the time I reached my twenties, I was desperate for help. In 1998, I stumbled across the work of Russian doctor Konstantin Buteyko, and after making a few changes to my breathing, my symptoms dramatically improved within just a few short weeks.

Describe your method and its benefits and the populations in which you see the most profound results.

Named after Russian Dr. Konstantin Buteyko, the Buteyko Method consists of:
• Measurement of progress using the Control Pause
• Exercises in Breathing Re-Education to decongest the nose, switch to nose breathing and reset the breathing centre in the brain towards more functional breathing patterns.
• Lifestyle changes including sleep, diet and physical exercise

The way we breathe influences functioning of airways, blood circulation and oxygen release to the cells. Common conditions including asthma, rhinitis, hay fever, snoring, sleep apnea and anxiety can be significantly helped by applying the Buteyko Method.  Learning slow, quiet, calm breathing allows operating systems to restore towards normal. This is the opposite to the commonly held belief of taking the “deep” (big) breath.

Please describe the science you employ when you reduce the breath per minute ratio i.e. breathe less over a longer time?

For normal, healthy functioning, the body requires a certain amount of both oxygen and carbon dioxide. In terms of breathing, the two must work hand in hand.
The necessary presence of carbon dioxide (CO2) was discovered in 1904 by the physiologist and Nobel laureate Christian Bohr, who recognised that CO2 affects the release of oxygen from the blood to tissues and organs. According to the Bohr Effect, when there is sufficient pressure of carbon dioxide in the blood and lungs, pH drops and oxygen is released more readily. Conversely, when carbon dioxide levels are low, haemoglobin molecules are less able to release oxygen from the blood. The way we breathe determines the amount of carbon dioxide present in our blood, and therefore how well our bodies are oxygenated.

In 1995 it was discovered that nitric oxide (NO) production takes place in the paranasal sinuses, a group of four air-filled spaces surrounding the nasal cavity. As we breathe in through the nose, large amounts of NO are released within the nasal airways. Nitric oxide then follows airflow to the lungs where it helps to increase oxygen uptake in the blood.

What are the ideal breathing ratios your recommend for clients, patients and students?

Altering the number of breaths per minute or counting the size of each breath in seconds has little or no effect in addressing poor breathing habits.

For example, telling someone to inhale for two seconds and exhale for three seconds does not provide guidance on whether they should take in a very gentle breath or a huge inhalation of air. The volume of a gentle breath would be far less than the volume of a large breath, and since we are concerned mainly with volume and reducing it towards normal, counting the length of a breath using seconds does not work.
The most important measurement we use for clients is the length of comfortable breath hold time, called the control pause. The control pause can be measured as follows:

Do you feel we overbreathe whilst practising yoga?  What are some instructions we as teachers and practitioners can abide by to help people breathe their way back to health?

Yes, I feel that many Yoga instructors unknowingly encourage their students to breathe more.  This is evident when breathing can be heard during asanas. Ironically, the more air breathed during light physical movements, the less oxygen that is delivered to the tissues. Breathing should never be heard during rest. Breathing should never be ‘hard’. I believe it is imperative for instructors who teach breathing to understand basic physiology of breathing, including the benefits of nitric oxide, carbon dioxide and how oxygen uptake and delivery can be improved by breathing light and through the nose.

In the yoga book The Science of Breath, written over a century ago, Yogi Ramacharaka has the following to say about nostril versus mouth breathing: ‘One of the first lessons in the Yogi Science of Breath is to learn how to breathe through the nostrils, and to overcome the common practice of mouth-breathing.’ Extolling the benefits of nasal breathing, Yogi Ramacharaka surmises that ‘many of the diseases to which civilized man is subject are undoubtedly caused by this common habit of mouth breathing.’

What about breath retentions that are practised in pranayama?
Are they beneficial?

Breath retention, slowing down breathing and reducing breathing volume is very important to harness the benefits of nitric oxide and carbon dioxide. Well informed professional yoga practitioners will have developed a high tolerance to carbon dioxide through their practice – sometimes to the point of being able to sustain one calm breath per minute for a whole hour! This impressive breathing efficiency implies quiet, gentle breathing and a high control pause. This is exactly the goal of the Buteyko Method; to bring your breathing back to basics and to incorporate the wisdom and time-tested principles of ancient man that are enshrined by authentic teachers.

Tell us more about how you have helped people improve their quality of sleep through good breathing practices.

In Ayurveda, we practice face reading to reveal a person’s state of health.
Describe to us how a person’s facial structure is affected by their breathing pattern across their lifetime.

If the mouth is hanging open, the tongue is not able to rest in the roof of the mouth. Chronic mouth-breathers have a low resting tongue posture which leads to narrow jaws and overcrowding of teeth. It is even important to recognize that mouth breathing during childhood causes the face to sink downwards, meaning the jaws don’t develop adequately on the face. The result is increased risk of lifelong sleep-disordered breathing (including obstructive sleep apnea), poor academic performance, behavioral issues and a less attractive face.

How do you incorporate a breathing practice in your everyday life and do you practise yoga, meditation and or pranayama?

Students should be encouraged to breathe light and soft, so that breathing cannot be heard during asanas. The traditional Chinese art of Taoism succinctly describes ideal breathing as ‘so smooth that the fine hairs within the nostrils remain motionless’. True health and inner peace occurs when breathing is quiet, effortless, soft, through the nose, diaphragmatic, rhythmic, and gently paused on the exhale. This is how human beings naturally breathed until the comforts of modern life changed everything.

Be inspired to practice.

Find out more about Yoga, Meditation, and Teacher Training through our BIYOME newsletter. Stay in the loop with our classes, free open days and events, teacher training, and retreats by clicking below to visit the BIYOME website.