The defended self: Apprehension and disconnection of body and mind

Ten natural remedies to depression and anxiety (the suffering within):

A Guide to optimal wellbeing.

Just recently I was with a friend of mine. As we spoke I began noticing some uneasiness within her: not only did my friends’ mind seem elsewhere, distracted, I saw a distinct slumping and sadness in her complexion, almost like the suffering within was radiating externally. Remarkably, seeing this in my friends and family, so too in my clients, is honestly something that is more prevalent than not. 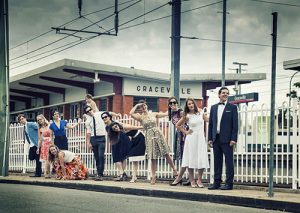 It seems so much of late that we live in a defended world, and as such we are brought up and taught how to live as a defended self. I do wonder how many of you feel like a shadow of who you really are, living in what may seem like a epoch of apprehension? Almost like a sense of disconnection?

This epoch of apprehension and disconnection that touches so many of our lives has not gone unnoticed in research fields. Indeed, in the raising field of Psychoneuroimmunology (PNI) has an abundance of literature (see here, here, here, and here) in which discussions of the relationship of depression and anxiety is linked to inflammation of the body and brain. There is raising proof, not only in what we are seeing statistically in terms of the prevalence of mental illness rates, so too in inflammatory based issues.

Inflammation is the body’s immune system responding to threat. Perhaps we can call it a defence mechanism. We may see threat in the traditional medical model as a wound, infection, a disease, or a virus. The body’s defense mechanism then secretes protein molecules called cytokines through the white blood cells in order to regulate the immune response. Cytokines purpose is to not only to attract certain cells towards the threat, so too they are required to activate and suppress, as well as induce proliferation and differentiation in certain cell functions (Murali, Hanson, and Chen, 2006).

More interestingly, and as the PNI field now recognises, this same immune response occurs when there is a threat to our systems by way of persistent thoughts in states of apprehension and disconnection – which is exactly what I was seeing in my friend. The fallacy of the easier path of avoidance of pain, paradoxically leads to more suffering. My friend had a physical response and presented as tired, slumped, and heavy; a mental response that presented as defeated; and an irregularity to her breathing that reflected the unsteadiness in her disposition. So too, this is what I see in my practice: bodies that are subconsciously suffering, and minds that believe it is easier to live distracted and to avoid, then it is to turn toward awareness.

Remarkably though, the Sutras of Patanjali noted the body’s reaction to states of apprehension and disconnection (aka antaraya or obstacles) in the four signs of emotional suffering. Further depth of knowledge reveals again that traditional thought and practice reflects what science can now evidentially prove. As stated in the Yoga Sutras (1.31):

This can be further expanded and explained as:

Moreover, in this first chapter the Sutra the message is that of Enlightenment which is reflected, in relation to the cure to suffering, by verses 29-33:

Through practice, the immutable self is revealed and all obstacles (antaraya) are removed. ||29|| These obstacles (antaraya) (illness; inertia; doubt; neglect; sloth; desire; blindness; a lack of goals; irresoluteness) obscure that which is immutable in human beings (chitta). ||30|| Suffering, depression, nervousness, and agitated breathing are signs of this lack of clarity. ||31|| He who practices assiduously overcomes these obstacles. ||32|| All that is mutable in human beings (chitta) is harmonized through the cultivation of love (maitri), helpfulness (karuna), conviviality (mudita) and imperturbability (upeksha) in situations that are happy, painful, successful or unfortunate. ||33||

Therefore it is clear to see that in persistent thoughts in states of apprehension and disconnection (suffering) the body goes into a defense against the threat and becomes inflamed distorting and perpetuating the reality of the obstacle into mental AND physical symptoms!

The question is though, how do I cultivate my lifestyle to harmonize (also seen as integration in the field of neurobiology) body and mind?

One (actually ten) way(s) involve specific ways to both reduce inflammation and increase self-compassion and positive affect. Which has been proven to create an upward spiral of wellbeing. I shall briefly list ten notions of wellness here, however further explanation for cultivation of these will be made in Part Two of this post. 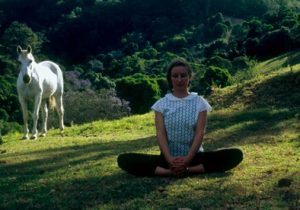 Though we may live in an epoch of heightened apprehension and disconnection, though it seems we have to be guarded and defended in order to simply survive all that seems to be threatening, perhaps it is our own defences that are paradoxically doing more damage?

As the Yoga Sutra’s brought to light, and now what integrative science recognises, it is the cultivation of self, or enlightenment, that has the power to free us from suffering mentally and physically. Remember that your body is a temple; that we are integrated beings; and moreover that wellbeing is not illusive: it simply requires cultivation.

Cultivation is best done in the presence of an experienced teacher. Consider daily practices of compassion and awareness in the presence of others in a more formal and regular setting by attending a class or retreat here at Celia Roberts Retreat in Brookfield, Brisbane, Qld.